ALERT: Due to the current COVID-19 public health crisis, many RIPTA Offices and transit centers are closed. Details >>

The state’s plan calls for about $10 million to be used to replace older diesel buses that are being retired with new, all-electric, zero-emission vehicles.

Why Is It Important to Reduce Emissions?

What is a Battery Electric Bus?

What’s The Timeline for the

In May 2018 the State of Rhode Island announced that approximately $14.4 million of the state’s Volkswagen settlement funds would be used to take important steps toward improving air quality in Rhode Island – including the acquisition of electric buses for the Rhode Island Public Transit Authority. The state’s plan calls for about $10 million to be used to replace older diesel buses that are being retired with new, all-electric, zero-emission vehicles.

RIPTA is tacking this project in two phases. First, it has launched a pilot program with three leased all-electric buses. This pilot, which includes the installing of charging infrastructure for the buses, is giving RIPTA chance to learn about the new technology, train staff, and test the performance of the electric buses on a variety of RIPTA routes. After the pilot program, which is underway, RIPTA plans to purchase 16 to 20 electric buses as permanent additions to its fleet. That process is slated to begin in 2021.

“Bringing cutting-edge electric bus technology to Rhode Island will drive economic growth while reducing our carbon footprint,” said Governor Gina Raimondo said when the allocation of the settlement funds was announced. “Continuing to invest in clean energy will lead to more jobs, better technology, and a more resilient state.”

Why Is It Important to Reduce Emissions?

About 40% of RI’s greenhouse gas emissions are from transportation. A big part of this is from heavy duty vehicles (big rigs, construction vehicles, and buses). Although transit is a small part of the total, it is a good test case for zero emission battery-electric buses because the routes are predictable and return to a garage every night to be charged.

What is a Battery Electric Bus?

An all-electric bus runs on battery power instead of diesel fuel. RIPTA is piloting extended range vehicles, meaning the batteries are very big and can be charged slowly at night. Other transit authorities are piloting fast-charge buses that pass by a station that provides a big surge of electricity multiple times during the day.

Since the waitlist to purchase new all-electric, public transit buses is about two years, RIPTA chose to get started with leased vehicles. We are very pleased to have three extended range Proterra Catalyst E2 vehicles on the property to test. 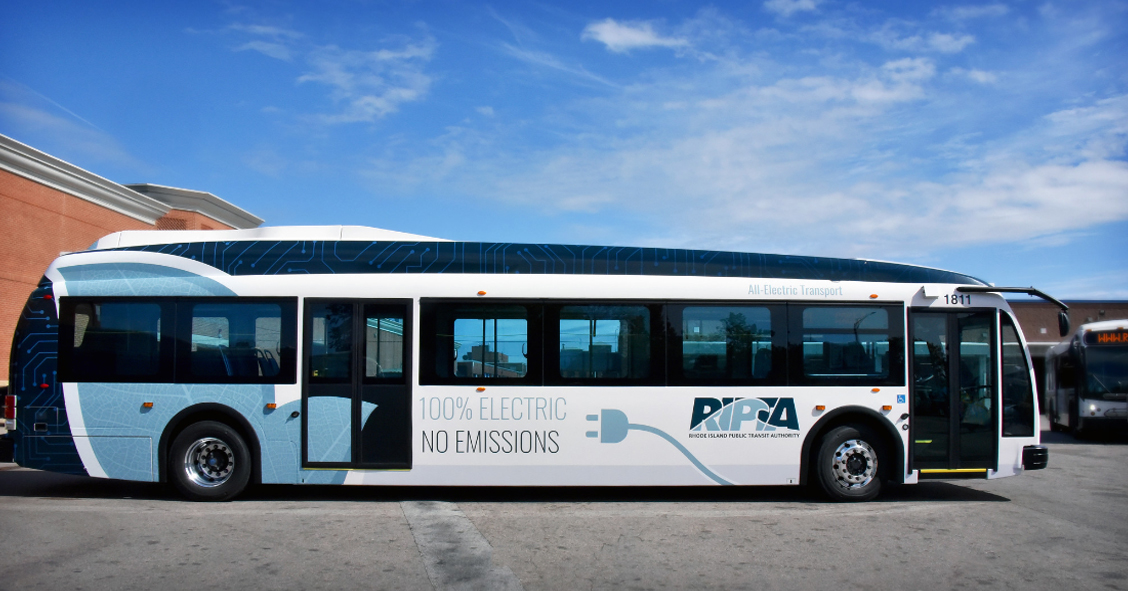 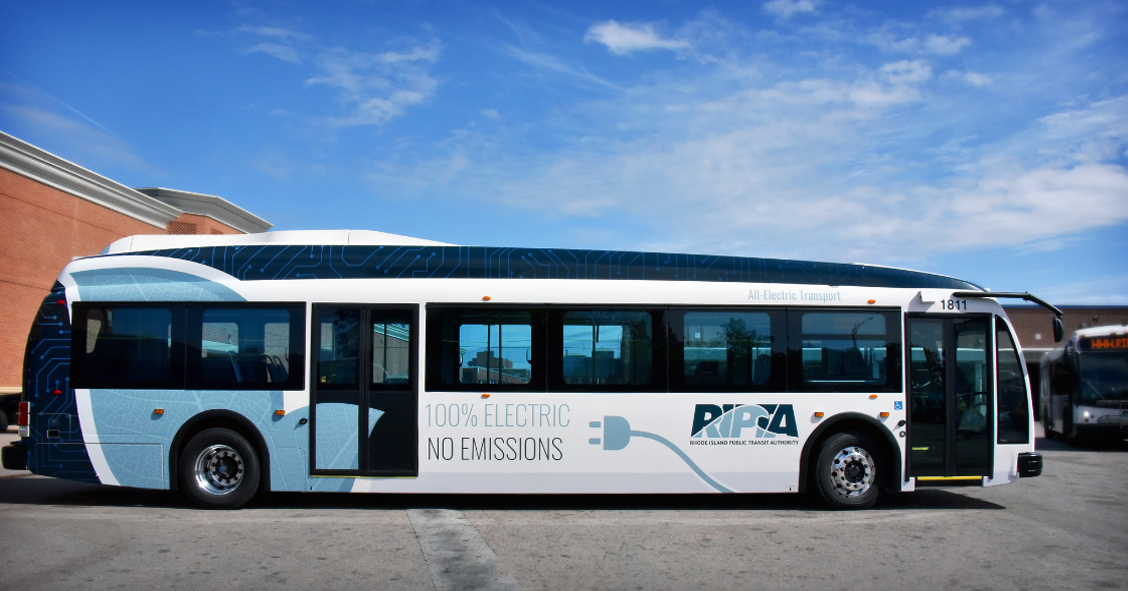 The US has been powering buses with diesel for 80 years. Electricity is very different from diesel, which is available for use whenever needed. Going fully electric means answering some big questions: Can you replace diesel buses with electric buses on a 1:1 ratio, or will you need more electric buses to cover the same area currently covered by diesel bus? Will electric buses cost less or more than current vehicles to operate?

Here are some of the additional questions we’re working on:

Electric buses are much more expensive than regular buses (think twice as much). Some sources say they are cheaper to operate because there is less maintenance (fewer brake jobs) and because electricity can be cheaper than fuel. But we don’t know that for sure yet. We think the costs will be affected by some operating decisions you make – such as choosing to charge buses as night in order to avoid the high cost of electricity during the day. Stay tuned as we gather evidence that helps us understand how to best make electric buses work for Rhode Island. Please see our Green Fleet Study for some of the issues we are considering.

Hurry Up Already! Aren’t they doing this already in Europe and China?

Employees at RIPTA care about climate change and want to be part of big solutions. But context matters: in Europe, gas costs two and a half times what it costs in the US and public transit is a heavily subsidized public service there. In China, the government backs bus manufacturers and poured research and support into electrifying the entire bus fleet of the City of Shenzhen. In contrast, in the US, parking is free and political support for transit varies a lot. RIPTA cannot start buying buses that are twice as expensive as diesel buses unless we 1) have the money and 2) are confident they are reliable.